Over the past three or four years the we (the Wakefield staff) have become more and more aware of the benefits of biochar. But don’t get me wrong, it isn’t a new concept. It isn’t even a modern day concept. The use of biochar began long ago in the Amazon by tribal communities that realized the pyrolized remains of their crops that was left in the soil supported better crops the next season and the next season and so on. I’ll wager that this type of farming isn’t unique to the Amazonians either. The only reason it lost its place in this world is that we found other ways to increase productivity through science as we industrialized our modern world.

But now we are circling back to biochar. 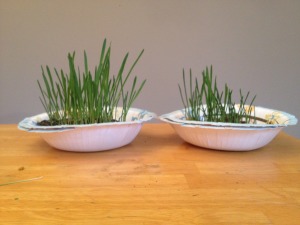 There is a need to find an organic and effective way to improve how we grow our food. We need to be more productive and we need to make sure our land is fertile for future  generations. Chemical fertilizers just aren’t sustainable anymore. Biochar is truly the answer and its benefits go far beyond just bigger tomatoes in your backyard garden and raised beds.

Biochar is a form of charcoal that is produced in a way that benefits the health of the soil and the plants in it. By pyrolizing organic feedstock the remaining char has very high carbon content. That carbon structure is the perfect home for micro-organisms, like bacteria, to flourish in the soil. The biochar is so porous that an ounce of it stretched flat would cover a high school soccer field. All of those pores retain water for long periods of time to help the soil fight off drought conditions. The bacteria thrive and organically create the enzymes and nitrogen that plant roots need to be healthy. The char does such a good job that soil that has char and has been inoculated with the right amount of micro-organisms will always produce a more abundant crop and, usually, you see the results happen faster than your normal plantings.

We’ve tried it on vegetables, lawns, trees and flowers. Each and every time we saw a better result with a biochar-based soil.