How Long Has Biochar Been Used?

Rumor has it that the Amazonian people over 1000 years ago used biochar to create incredibly fertile land for farming. We don’t have photographic proof of them working the fields BUT we still have the fields. Biochar lasts for 100’s and 100’s of years! It’s the reality behind the science of biochar. Somewhere in time we decided that wasn’t good enough and used chemicals to improve crop production. That wasn’t very smart because we overlooked the depletion of organic materials and the obvious introduction of harmful chemicals into our land.

Time to Wake Up (Your Soil)!

Let’s go old school on this world and bring back the terra preta (the black earth). The Amazonian farmers understood that plants were more plentiful. The crops were sustained through harsher conditions and they could farm the same land over and over without fear depleting the nutrients. It’s a simple process to add the organic, carbon-lush material back into the soil and charge it up with nitrogen and micro-organisms to push the full potential out of your garden seeds into a beautiful bounty of vegetables, flowers, trees, shrubs and, a few million grass blades around your house.

Around an ounce of biochar can have the surface area of a high school soccer field. And, if that soccer field uses biochar it will grow faster and fuller. I hope someone has a really good mower this season!

How does biochar work in my yard or garden? 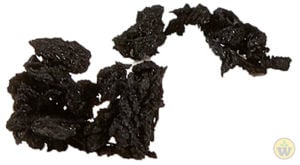 Biochar may look like charcoal but it isn’t made the same way so don’t start dumping your fireplace ashes into your garden. The way biochar is manufactured, it creates a high carbon level (83+% of Wakefield Biochar is carbon and is incredibly porous. All of those pores help retain water and provide a cozy home for micro-organisms to grow and survive off of the nutrients in the soil. Their interactions are a natural way to get nitrogen and other important elements back into the roots. As the bacteria thrive so does the natural process that makes your plant grow. Biochar research has also shown that the benefits of biochar also include reducing the possibility of disease in your soil.

How Biochar Helps Your Lawn Grow… See the results.
We asked the University of Missouri to put biochar to the test. See how Tall Fescue reacted with variations of top soil, compost and Wakefield Biochar Soil Conditioner. Read all about it!

Why does Wakefield Biochar say that it can save the world?

It does seem a bit overstated. Fair enough. Wakefield Biochar will not save the world if the end is coming by the threat of alien space invaders, massive volcanic eruptions or the continued popularity of Justin Bieber. But there is an issue with a devastating impact on our world that Wakefield Biochar can reverse. Global Warming is happening and the continued push of CO2 into our atmosphere is a huge contributor to the acceleration of global warming. If we (as in “humankind”) can begin to put carbon back into the soil and “sequester” it for 100’s of years instead of letting that same green matter decompose and react with oxygen in our air turning carbon into CO2 then we create a carbon-negative system. We are reducing/removing the CO2 available to our air and over the next 20 years we can make a difference.

Let’s be honest with ourselves, we can’t individually force large corporations and governments to reduce their use of fossil fuels. As individuals, we have to do what is available to us and the simple process of using biochar will not only improve your garden, it will also take us one step closer to reversing global warming. This stuff just got real!

The Basics of Biochar

Biochar has a lot of incredible science going on inside of its structure. It’s important to know what makes biochar unique. The smart application of biochar in your project will lead to a better soil and better world. There are a few key areas that we can review to understand how biochar makes an impact in the world.

The pillars of making a great biochar involve the:

What happens to the biochar in the soil and water is another area of chemical interactions at its surface.

In the simplest terms, we are heating something up without oxygen. All biological material has carbon. Biomass is made up of many things, but the carbon gives us structure (let’s not overcomplicate things). People like to compare the char left over from wood that is burned in a fireplace or the coal that is used for fuel in a grill to biochar. That is simply not the case. When you prevent the biomass from interacting with oxygen you get a biochar that is composed of the carbon that was in the wood. When you let a fire burn in a fireplace much of the carbon goes away and what remains is ash. You buy a small shovel for your fireplace to remove the ashes from a fire. Where did most of the carbon go in the fireplace? A lot of it will convert to carbon dioxide gas and go up into the atmosphere and contribute to greenhouse gases.

If you let a tree decompose in the forest, then you will also see the carbon in that tree be converted to gases. The microbial life will digest the tree. As the tree is digested (you can also say it is decomposing) by the microbes the microbes will emit carbon dioxide and methane. Both gases contribute in a large way to greenhouse gases in the atmosphere. There are gases that are emitted during the manufacturing of biochar. These gases can be recycled back into the system to add more heat and make more biochar. So, we can call biochar a carbon negative process. We prevent wood (biomass) from being converted to carbon dioxide or methane and convert the carbon to a stable form that can be used in agriculture and remediation.

Other feedstocks used in biochar manufacturing are sugar cane bagasse, biosolids from water treatment facilities, and agricultural wastes. Biochar made from grasses and agricultural wastes will generally contain less carbon and less surface area than wood feedstocks. There will also be higher levels of ash and other minerals (good and bad). For example, rice hulls may be high in arsenic. The arsenic will not disappear in the biochar. Biochar from grasses will be more brittle than a biochar made from wood. This gives you a finer, more powdery, biochar with the grass feedstock. A biosolid derived biochar will have a low level of carbon (approximately 20% to 30%) with a large amount of ash (60%).

After determining the feedstock, the second important item is the way you heat the material. It is a matter of scale and process. If not done correctly, the biochar will have a coating of bio-oil and potential toxins like polyaromatic hydrocarbons.

Wakefield Biochar uses pyrolysis to heat the feedstock. Pyrolysis is the heating of the biomass with no or little oxygen in the system which results in the thermochemical decomposition of the material. During pyrolysis there is an irreversible chemical and physical change in the biomass.

Pyrolysis is the first step in two other heating processes; gasification and combustion. Since pyrolysis happens in the absence or near absence of oxygen it is different from combustion (burning). Combustion happens with a stoichiometric amount of oxygen available. The rate of biomass undergoing pyrolysis increases with temperature. Wakefield Biochar initiates the pyrolysis at approximately 500 °C (about 900°F).

The scale that pyrolysis can be conducted on a biomass varies greatly. Industrial size units, like those providing Wakefield Biochar, can produce tons of biochar a day. Smaller units are as little as a coffee can and produce a proportionally small amount of biochar.

What is Carbon Sequestration?

The term “carbon sequestration” refers to the act of adding carbon back to the soil. Biochar should contribute to carbon sequestration if it is manufactured correctly. The process of making biochar can actually be a carbon negative to the net amount of CO2 added to the atmosphere.  This means that there is more carbon being removed from the atmosphere than would have been released under normal circumstances.

An important part of this process is that the feedstock is obtained from the waste or byproduct from farm fields, like corn stover and grass, and the fallen or diseased trees removed by Forestry Departments from forests.  If these feedstocks were left to decompose naturally a high percentage of their carbon content would be converted to carbon dioxide and released to the atmosphere. The conversion to biochar locks the carbon in a stable form that will not react with oxygen to produce carbon dioxide.  [LEARN MORE ABOUT CARBON SEQESTRATION]

Not Just For Soil Health – Biochar For Water & Soil Remediation 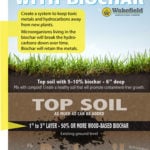 The same physical properties that allow biochar to create a healthier soil also allow it to filter and lock up heavy metals and other impurities that would create an unhealthy environment for your plants. Biochar has been proven to successfully remediate nitrates, hydrocarbons and other materials from both soil and water systems.

A great opportunity for biochar is in urban environments where the soil has been contaminated by chemicals, batteries, oil and other seemingly normal items we use in the city but can’t have in a healthy soil. This is where soil remediation comes into play. As urban gardens become more common there has to be a way to reclaim this bad soil for growing grass, flowers, crops and more. Wakefield Biochar is working with the International Institute of St. Louis in exactly this kind of project. Our goal is to rehabilitate the land and create an opportunity for an underutilized urban area to find a purpose.